Green Court Condo New Launch is located at 500, Geylang Road, 389456 in District 14 Geylang. The project is close to Aljunied MRT Station and Paya Lebar MRT Station. The immediate vicinity is predominantly surrounded by commercial shophouses, apartments and hotels, and is close to retail malls and office buildings at Paya Lebar Central and the Tanjong Katong area.

Schools close to Green Court at Geylang include, Broadrick Secondary and Geylang Methodist Primary. Amenities near Green Court Residents that can get to nearby supermarkets or shopping mall within the area for an array of amenities such as grocery and retail shopping, banks, eateries and more. Green Court is near to Cheers. It is also close to Parkway Parade Shopping Mall. Vehicle owners can take Tanjong Katong Road, Mountbatten Road and East Coast Parkway (ECP) to get to the business hub or shopping district in the city.

Embrace the opportunity to have it all within reach. Continued with Site Plan & Facilities now! 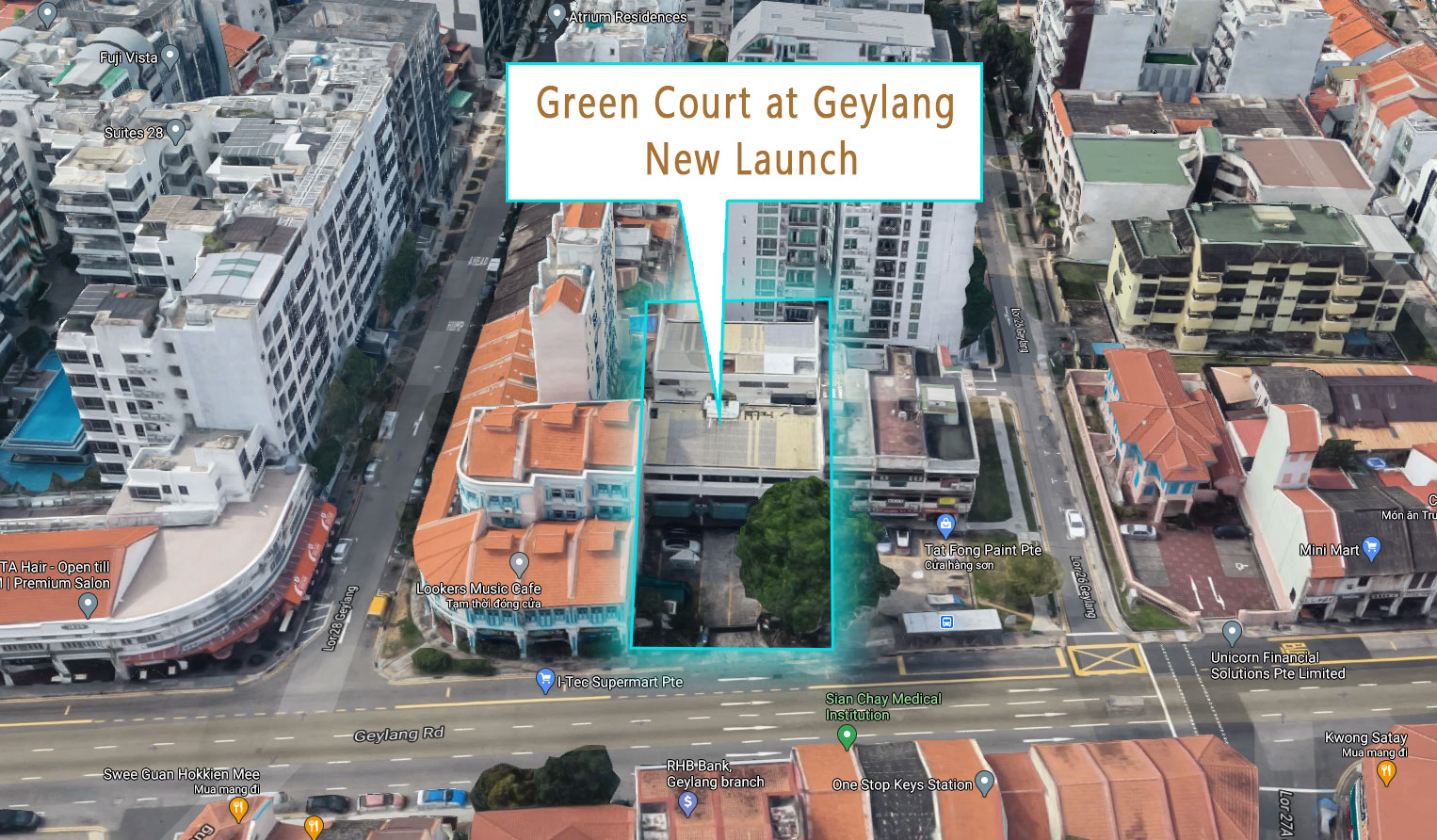