Singapore: Over the weekend, two property launches in Serangoon received the good response, testament to the still-improving sentiments in the residential property market, despite the fact that both projects were located just couple of hundred metres apart from each other. 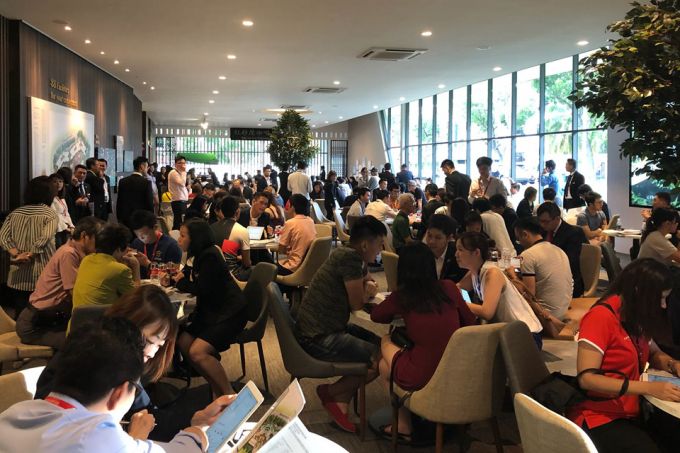 The noticeable new launch project is Affinity at Serangoon by Oxley Holdings, which is constructed on the former HUDC estate Serangoon Ville site. This development has sold 112 units out of the 300 that were launched in its phase one. Eugene Lim, Oxley's director of marketing and sales, said that the transacted units were spread evenly across various configurations - from one-bedders to four-bedders-plus-study apartments. The selling prices for condominium units started from S$1,475 per sq ft (psf), and averaged S$1,575 psf.

Another valuable launched project, The Garden Residences is also put on sale over the weekend. This project is built on a government land sales site clinched by developers Wing Tai and Keppel Land and located just nearby Affinity at Serangoon.

Based on its sales performance, a spokesperson from Gardens Development, the joint venture company between Keppel Land and Wing Tai Asia, said the project received "positive response". Over the weekend, more than 60 units sold at an average selling price of S$1,660 psf.

"We have confidence in the market, and believe that discerning buyers will appreciate the convenient location, attractive design, quality fittings and finishes as well as the lifestyle offerings at The Garden Residences."

The entire project has 613 units altogether. However, it declined to reveal how many units were launched in all, and what type of units were most popular among buyers.

Comparing with Affinity @ Serangoon, The Garden Residences's price point of units is a little bit higher. Commenting on this price, ZACD Group executive director Nicholas Mak said this could be because the developers are larger firms with longer track records than Oxley.

The competition is harder in the property market and each of project will have its competitive advantage. It does appear to be head-on competition for both projects to launch around the same time, more so given their proximity. However, Mr. Mak said that the developers could be looking to push out inventory sooner to avoid hitting a supply-glut situation later on, as many more new launch projects are lined up to be launched in the pipeline.

By not embarking on a price war, developers can avoid going head to head. In this case, he guessed that Affinity at Serangoon could have sold better because it has has engaged three agencies - ERA Realty, Huttons, Knight Frank - to sell the project. On the other hand, The Garden Residences just has two agencies are appointed by the developers, which are PropNex and OrangeTee.