Jervois Mansion is one of the new condo launches that are being sought after in recent months. According to the developer Niche (Kimen Group) has announced that 103 of the total 105 units released at the first project, Jervois Mansion, have been sold as of October 16. This means that the sales have been up to 98%. In addition, the investor is keeping the remaining 25 units in the 130-unit low-rise apartment complex for investment. Of the 103 sold, 29 were sold out during the VIP preview two weeks ago. Based on the announcements submitted with URA Realis to date, these apartments have an average price of $2,346 psf at the VIP preview from September 30 to October 4.

On the official launch day of October 16, units were sold from $2,241 psf to a high of $2,898 psf. The price reached for a two-bedroom apartment plus 861 sqft for attic (5th floor) guests came in for just under $2.5 million. According to Mr. Arthur Aw (director of Kimen Group), in fact, two-bedroom-plus-guest apartments (797 to 861 square feet) and three bedrooms (1,001 to 1,023 square feet) are the most popular. and was one of the first apartment types to be sold out. He also added that most of the people who buy the 3-bedroom apartment intend to occupy the apartment themselves. 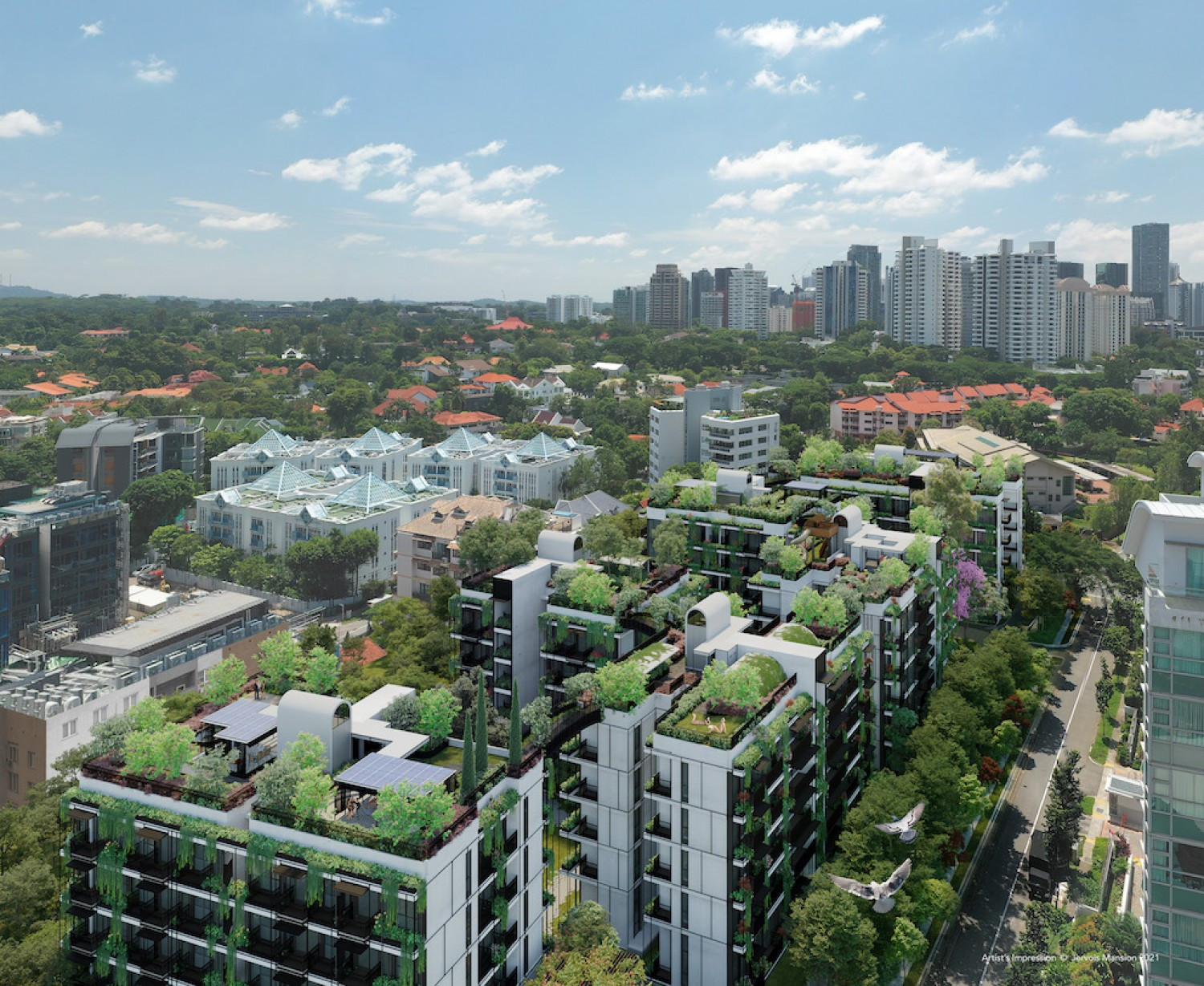 As one of the new condo projects that impress quality apartment seekers, Jervois Mansion is a redevelopment of a long-standing project built more than 38 years ago. Previously, the site had three Good Class Bungalows (GCB), which Aw purchased in turn in 1980. He later combined the three sites to create a 93,183 sq ft free-standing site. With a spacious area, Jervois Mansion currently has 32 units completed in 1985 and Kimen Group has kept this property for investment for many years.

Existing Jervois Mansions tenants will move out of the facility in Q3 2022 to clear the way for its redevelopment. The new 130-unit building, Jervois Mansion, will span six five-storey blocks. Units range from one bed at 495 square feet to five-bedroom, dual-locked apartments measuring 1,808 square feet. Only two units at Jervois Mansion were available for sale at the end of October 16, the 4-bedroom unit and the 5-bedroom unit. They will cost over $2,800 psf. Kimen Group's Aw says it's still a very reasonable price compared to the nearby Bis Bishopgate Building. 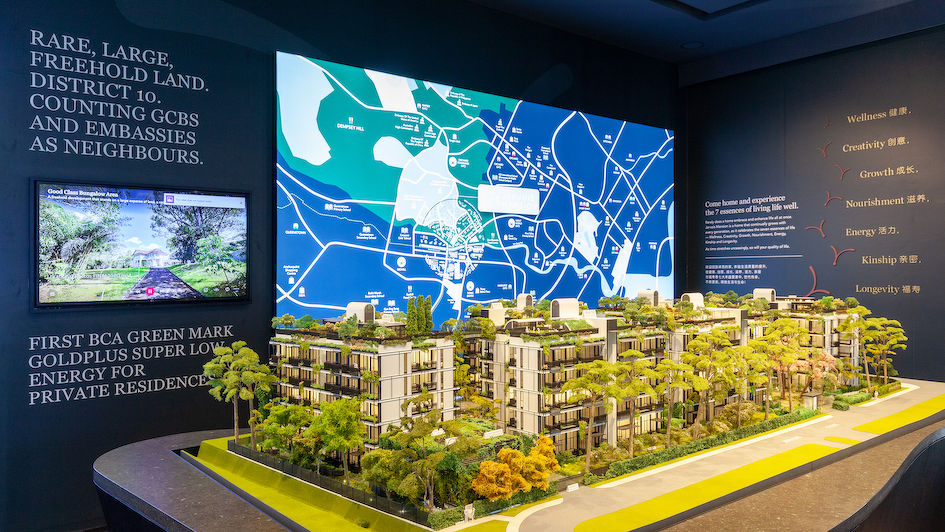 Jervois Mansion is one of the new condo launches with nearly 100,000 sqft of freehold land, and the rooftops of six blocks are connected by bridges and spacious facilities. Source: Internet.

Comments from experts about Jervois Mansion - new condo launched are highly sought after.

Jervois Mansion is in the top of the sought-after new condo launches, so what makes it so attractive. According to the latest information, more than 300 checks were received for expressions of interest in the two weeks leading up to the launch of Jervois Mansion. According to Ken Low, managing partner of SRI, one of three real estate companies marketing the project, said that among the buyers there are a number of permanent residents and foreigners, most of which are local Singaporeans.

As demand spiked, the final 22 were priced from $2,706 psf to $2,900 psf. “There was a frenzy when units ran out,” says SRI’s Low. “It shows the strength of the luxury market, especially when it comes to a quality project in a prime location.” About 35% or 36 units went to multi-unit buyers. “These are people who buy for their children as a legacy, with free ownership, prime location in Jervois, and power of design and efficiency of layout,” continued Low.

According to Dominic Lee, luxury team leader at PropNex, conversion rates for multi-unit purchases are significantly higher than the norm. He reckons Jervois Mansion has more than 70%, compared to the usual 30% conversion rate for most projects.

Jervois Mansion with 4-bedroom unit showflat ,where unit sizes start from 1,439 sqft and the remaining unit is priced from $2,800 psf. Source: Internet.

According to Lee commented, besides the price, the size of the project and its land area have added to its attractiveness. With nearly 100,000 sqft of vacant land, and the roofs of six blocks connected by bridges, the developer was able to create spacious landscaping and facilities. In addition, Doris Ong, COO of ERA Realty Network also agrees that the landscape of the project attracts a lot of people. She added that most buyers will be attracted by the price of the project, but when they enter the sales showroom, it is the product that attracts them. Price becomes a second consideration.

She also sees strong sales at Jervois Mansion opening the way for sales at other projects in the prime district 10 area. For example, following the launch of Jervois Mansion, an apartment at Petit Jervois was also sold on October 16. SC Global Developments' 55-unit luxury project was launched in November 2018. Based on Forewarnings, nine units have been sold to date, the latest in July, at a high of $2,944 psf.

For Kimen Group, the advantage of the project is familiarity with the site, having been there for 38 years. By Aw day most of the buyers are familiar with the Jervois area and they love the neighborhood. The 25 units that the group is holding are high-end 3 and 4 bedroom units, which will give it about 20% stake in terms of stratification and value sharing in the development. That will also give it a say in any future redevelopment of the project.

If you are interested in news of the exciting Singapore real estate market in recent months, as well as want to learn about new condo launches. Read more of our news to stay up to date on the latest Singapore project!!!

Express your interest in Singapore new condo launches and contact us via hotline now for a one-on-one consultation!