SINGAPORE - Despite tightened Covid-19 restrictions in the second half of the June, Sales of new private homes surged in July, making it the second-highest monthly sales this year. Developers sold 1,589 units in July, up 82.2% from 872 units in June, according to data released by the Urban Redevelopment Authority (URA) on Monday (August 16). This is the highest sales level since January, when new launch 1633 units were sold.

The growth came even as home views and sales at showrooms cooled as Singapore returned to phase two (high alert) from 22 July. Ms Christine Sun, senior vice-president of research and analytics at OrangeTee & Tie, said the tightened measures did not seem to dampen market sentiment significantly.

If you are interested in new private homes nearly, take a look at the new projects here, maybe you will find the right apartment for your needs.

New private home sales last month were up 46.7% compared to July of the previous year

"Sales picked up across many projects last month as buyers returned to the private residential market in droves. Some rushed to buy units for fear of being priced out of the market," she added.

The URA figures exclude executive condominium (EC) units. Comprising ECs sold, developers moved 1,744 new homes last month - 81.3 per cent higher than in June, and an increase of 52.3 per cent from a year ago. Year-over-year, new private home sales last month were up 46.7% compared to July of the previous year. 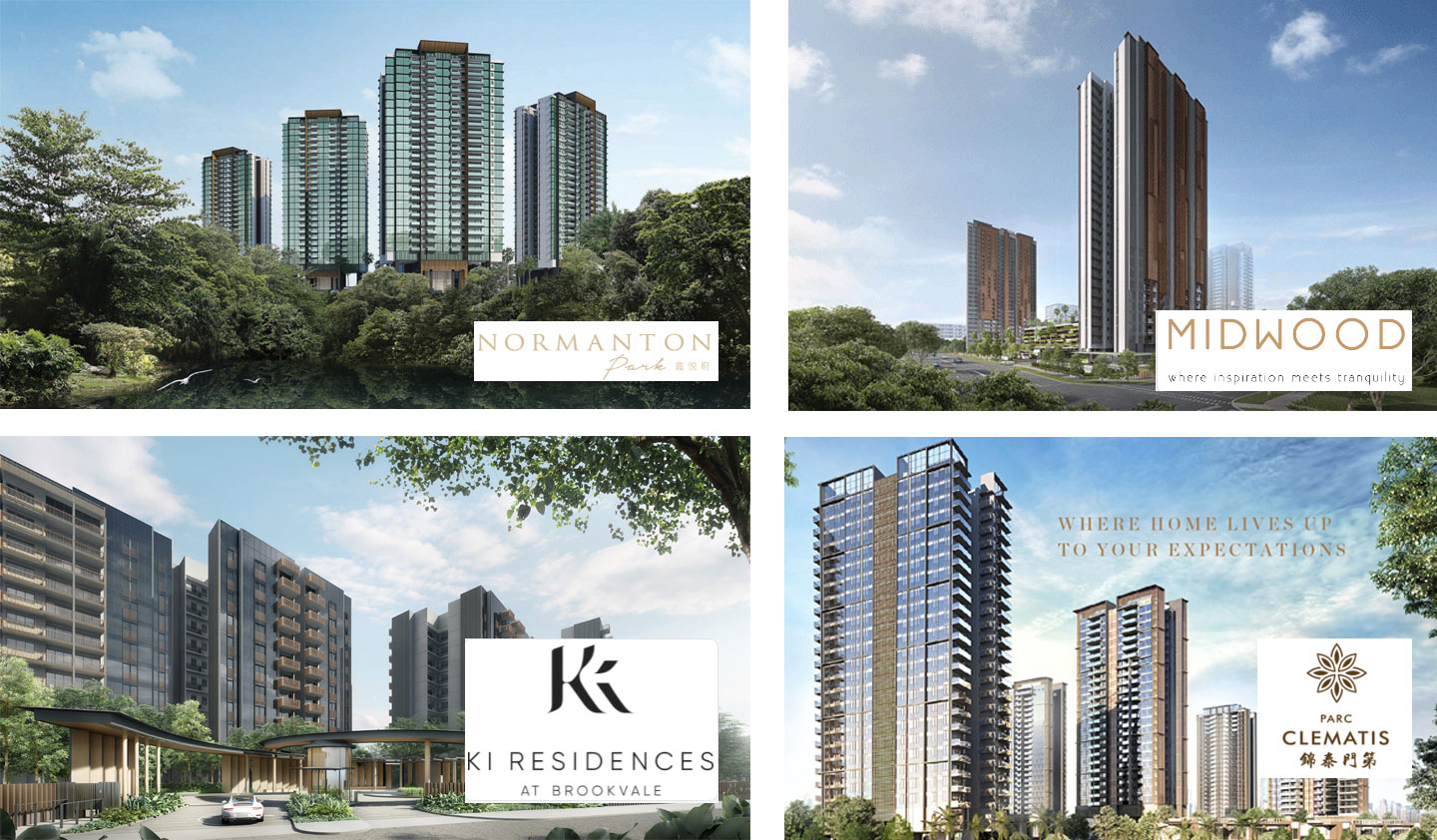 "The news of aggressive land prices triggered many to realise that future launch prices are likely to rise further. A good number of investors and buyers, who have been waiting for the right opportunity, decided to enter the market in July in anticipation of possible price hikes in future," he added.

Simultaneously, developers launched 1,104 units in July, according to data obtained by URA through a survey of developers. This is an increase for new private homes of 35.5% from June and 27% from a year ago.

Pasir Ris 8, near Pasir Ris MRT station, was the only residential project launched last month. No new ECs were launched. Pasir Ris 8, the first integrated development in the heart of Pasir Ris. The new launch condo close to nature with the idyllic Pasir Ris Park and Beach just minutes away, Pasir Ris 8 is a home made for coastal living with everything you desire right at your doorstep. 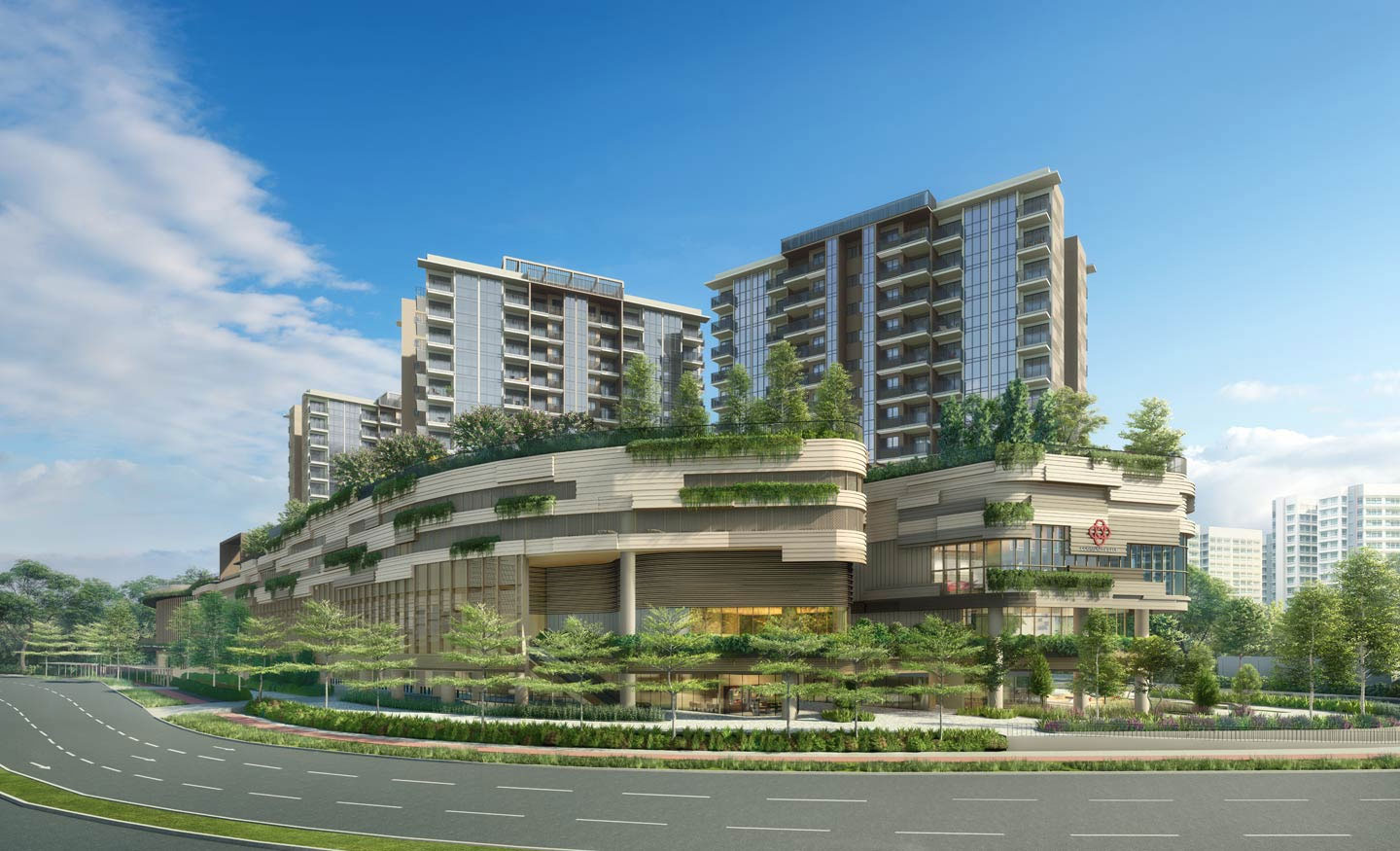 Huttons Asia chief executive Mark Yip said there were more purchases by Singaporeans in July - at 86.3 per cent - compared with the 81.8 per cent in June.

"This is probably due to the launch of Pasir Ris 8, which is located in the outside central region where the demand is predominantly HDB upgraders. More than 6,000 flats in Pasir Ris and Tampines, which were completed from 2014 to 2016, have met the five-year minimum occupation period and (the owners) are thus eligible to upgrade," he added.

"August is likely to be another month where developers' sales cross the 1000-unit mark. This will whittle down the unsold stock in the market to even lower levels, setting the stage for sustained price growth in the months ahead."

"Barring new cooling measures, total new private home sales is on course to exceed 11,000 units (excluding ECs) by the end of 2021, locking in the highest annual new sales figure since 2013, which saw 14,948 new sales," he added.

"Total new sales could potentially be higher if not for dwindling unsold inventory and (Covid-19) restrictions which have led to a delay in some launches." 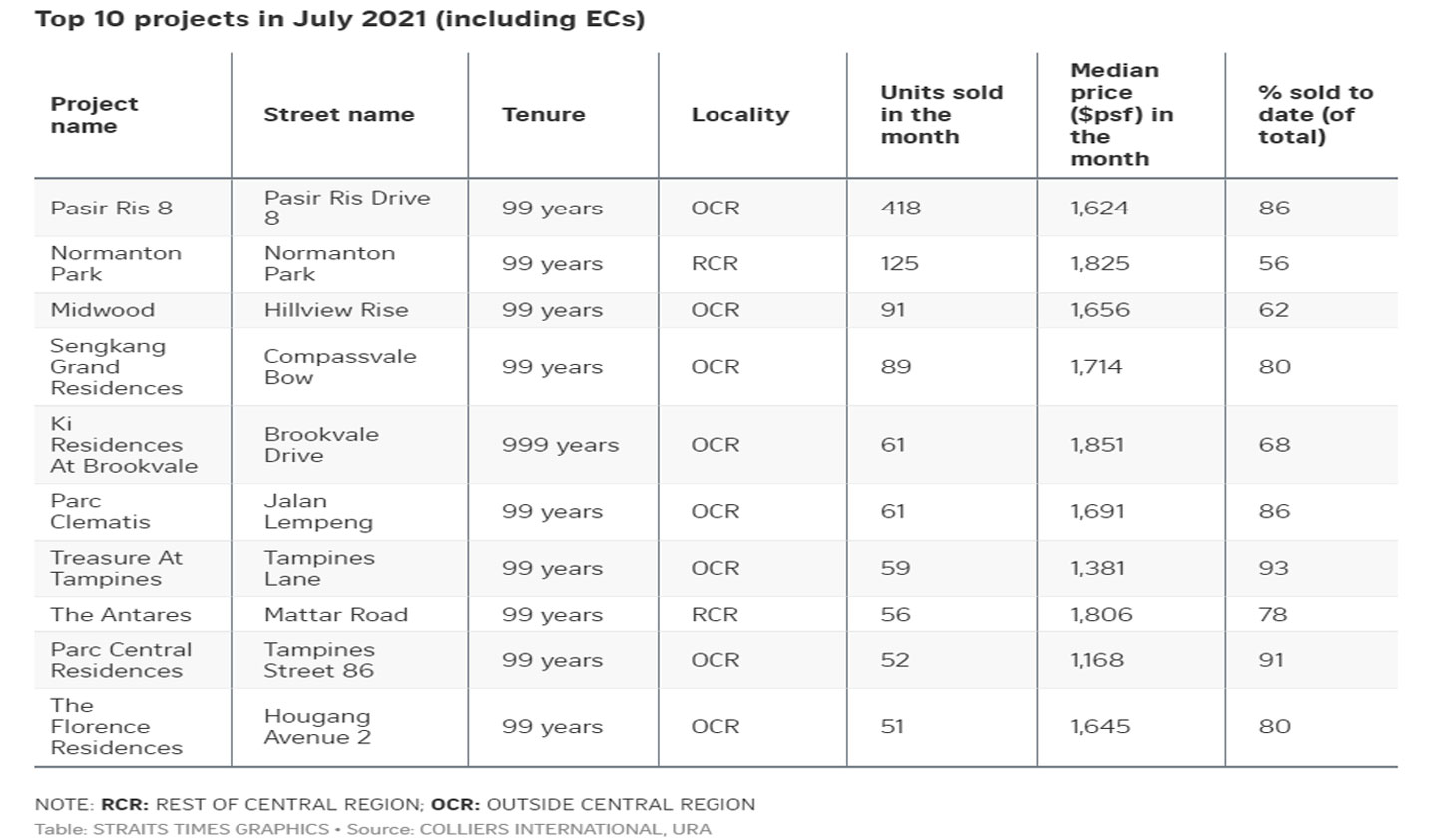 (Source from the Straits Times)

We are always up to date with the latest news on the real estate market in Singapore, if you want more news, please check out the new articles here!

If you want to get detailed advice on new private home and receive special offers, please contact us quickly!!!!