Explore around The Reef @ King’s Dock

The Reef @ King’s Dock is strategical located at Harbourfront Avenue, District 4 Singapore. This iconic development is situated across Sentosa, which is home to Resorts World Sentosa, Universal Studios Singapore and many other enticing recreational venues. The Harbourfront MRT Station and Vivo City, one of Singapore's largest lifestyle destinations, are just a stone's throw away.

Keppel Bay Residences is also close to Mount Faber, Keppel Club Golf Course and Labrador Park. It is also right across Marina at Keppel Bay, which features 168 berths. Homeowners can enjoy lifestyle facilities that include a clubhouse with a member's lounge, restaurants, recreational amenities and leisure charter services to access neighbouring islands. From having VivoCity in the precinct, the largest shopping mall for your retail therapy to Asia’s lifestyle destination in Sentosa, a sunny island bustling with a myriad of activities such as Mega Adventure Park, along with the sandy beaches and Resorts World Sentosa that is home to multiple world-class attractions with the likes of Universal Studios Singapore, the Marine Life Park and many others more for you to explore! 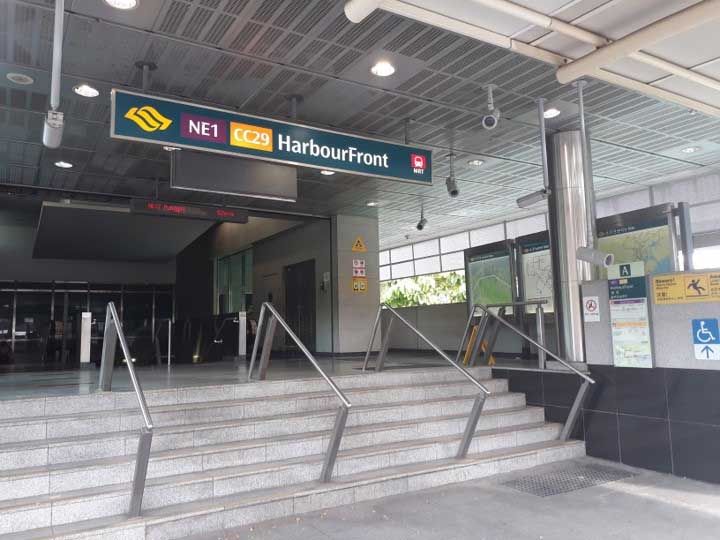 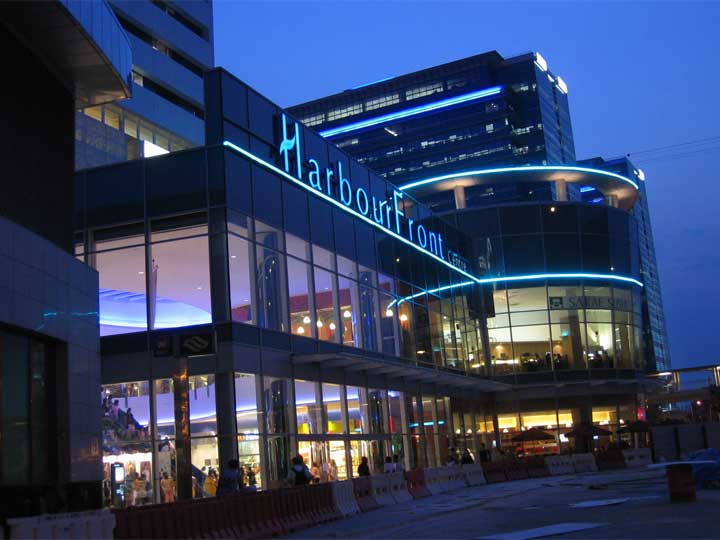 Next to HarbourFront Centre

Embrace the opportunity to have it all within reach. Continued with Facilities now!

LIVE AT THE CENTRE OF IT ALL

Enjoy unrivalled connectivity and convenience when you call The Reef at King’s Dock your home. Singapore's largest mall, VivoCity is right next door, and you're steps away from not just one but two MRT lines. 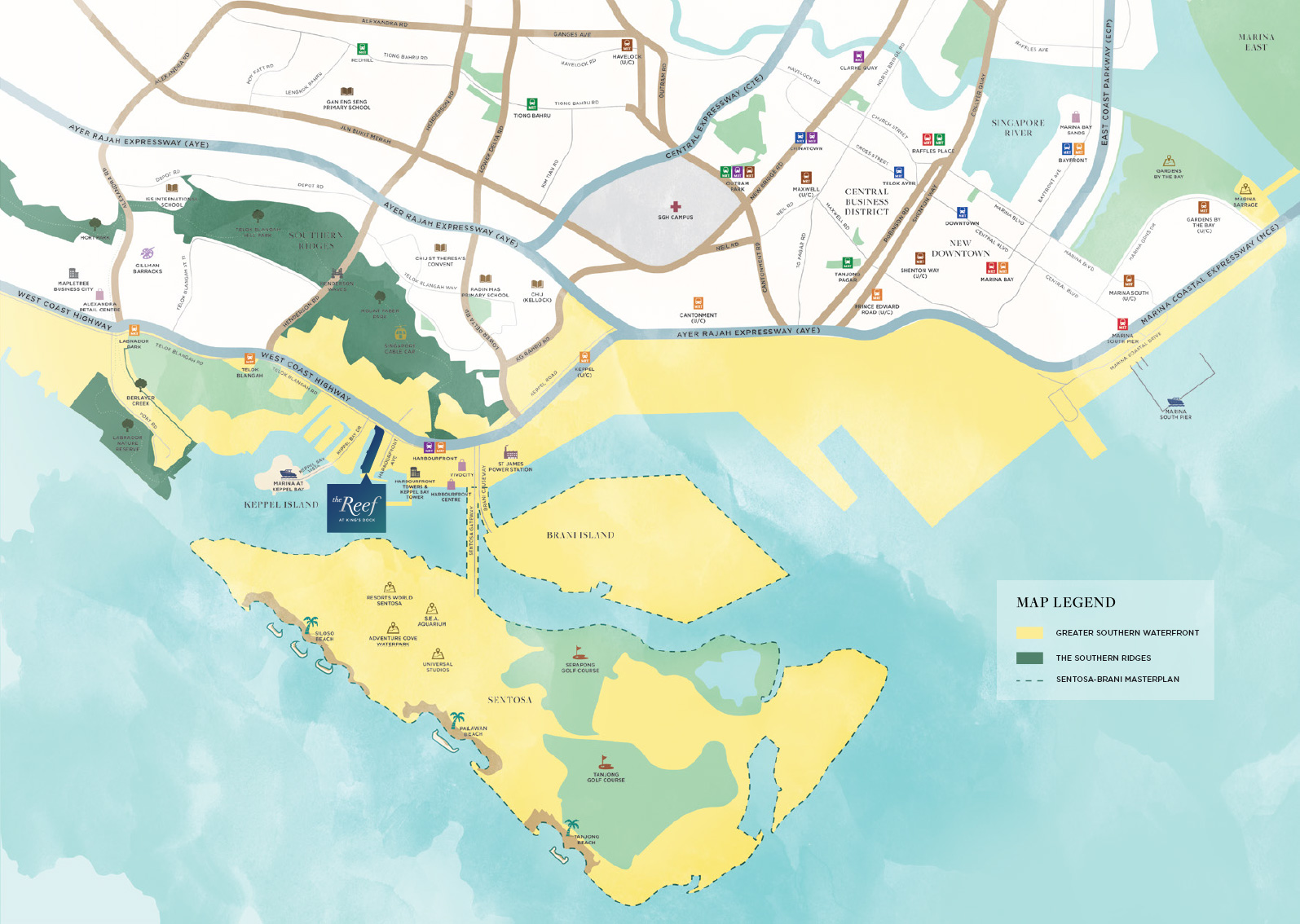 COME HOME to A LANDMARK EVERY DAY

WHERE THE past, present and the future CONVERGE

With its rich history, King’s Dock has been key to the island city state’s history. Home to a landmark development, King’s Dock is set for a promising future.

1848: DISCOVERY OF A PROMISING HARBOUR

Sir Henry Keppel discovered a promising harbour, with waters deep enough to receive large ships and vessels, and natural terrain that protected these ships from the elements. ‘New Harbour’ was completed in 1886, welcoming ships from all over the world. 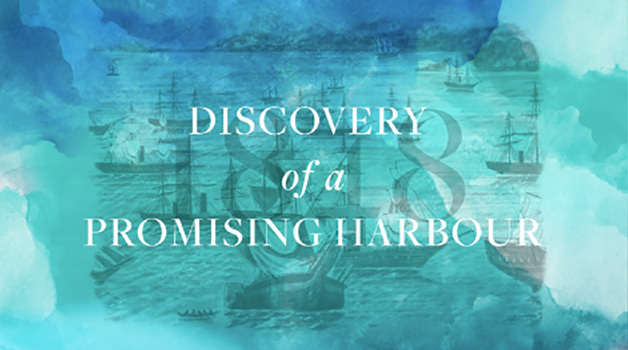 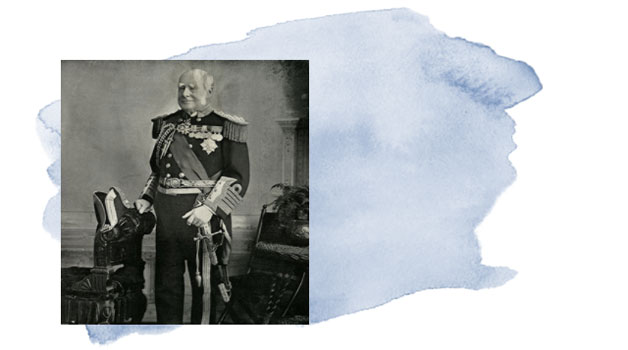 King’s Dock, where The Reef is currently situated, was revealed to the rest of the world. The dock was the second largest in the world, and the largest dock East of the Suez when it opened. By the 1950s, together with three other docks in the vicinity, King’s Dock was instrumental to the economic prosperity of Singapore 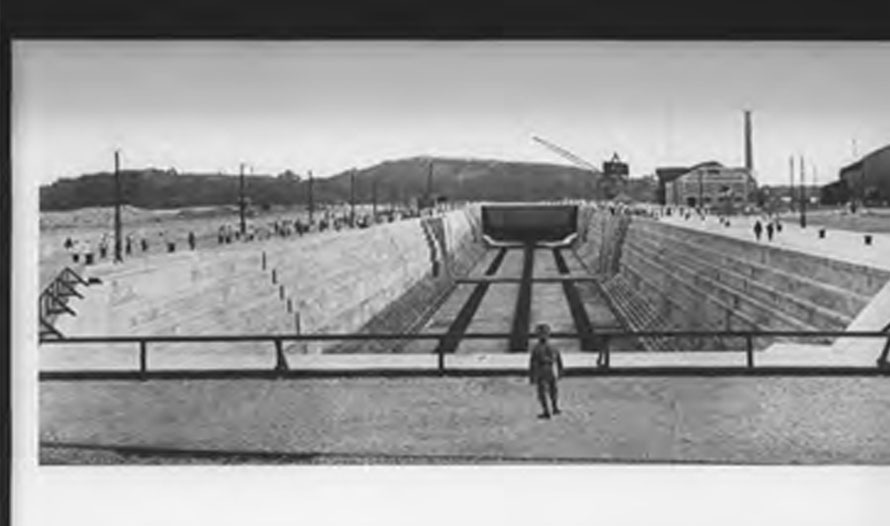 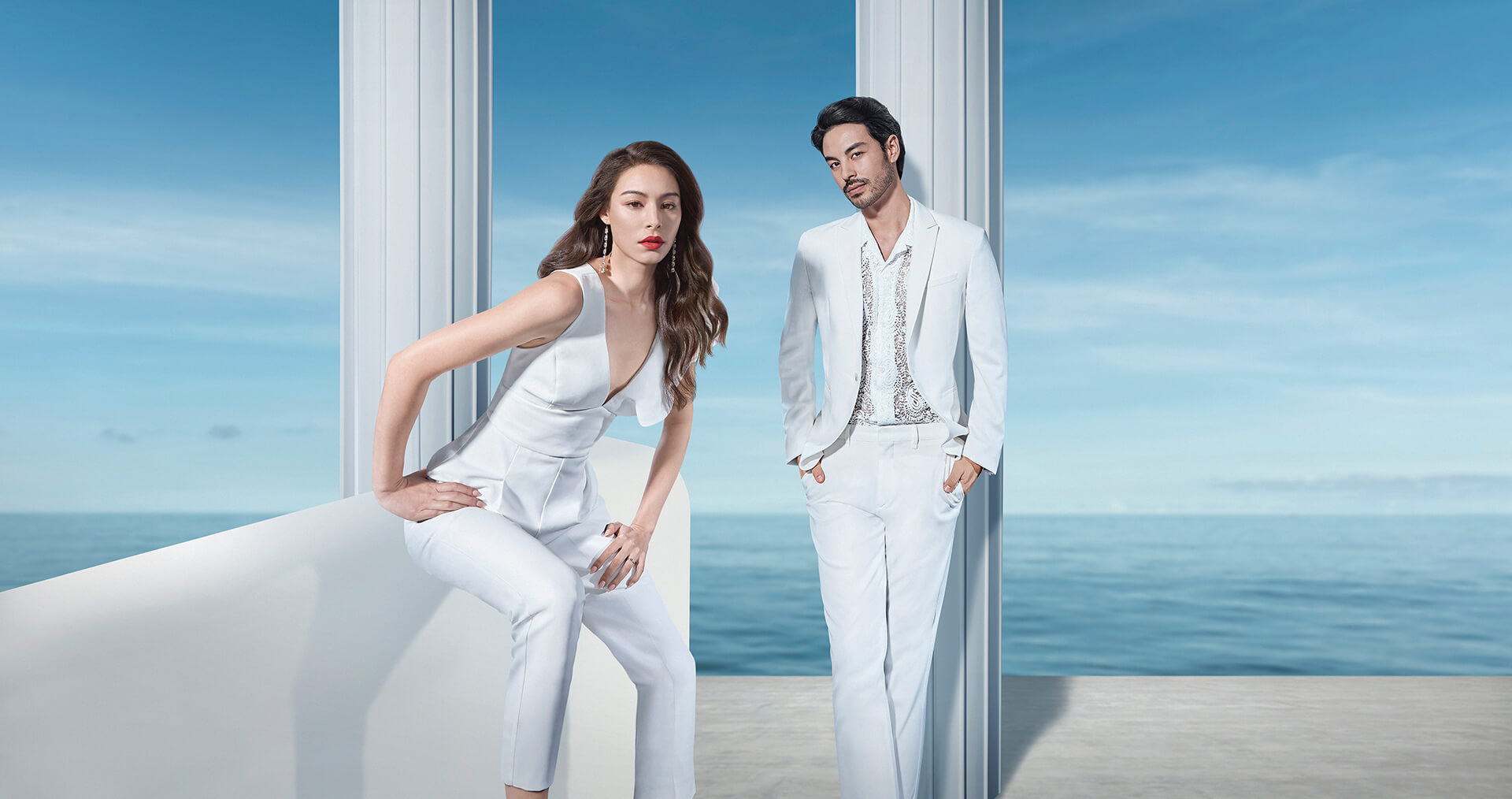 1975: TRANSFORMATION INTO A WATERFRONT HUB

Singapore’s founding father, Mr. Lee Kuan Yew, declared Singapore as “one of the great centres of ship repairing between Europe and Japan”, a feat made possible by the role King’s Dock played. 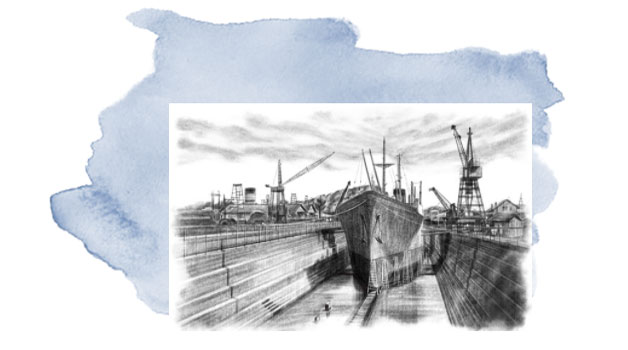 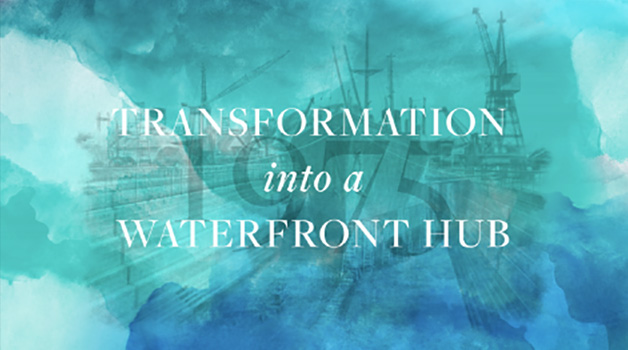 1990s: HARBOUR FOR A NEW MILLENNIUM

By 1999, Keppel Shipyard moved its operations out of Keppel Harbour. And so began the transformation of the harbour into a prime waterfront precinct oering luxury homes. 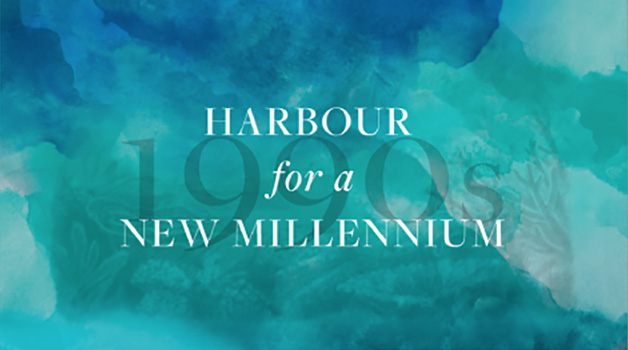 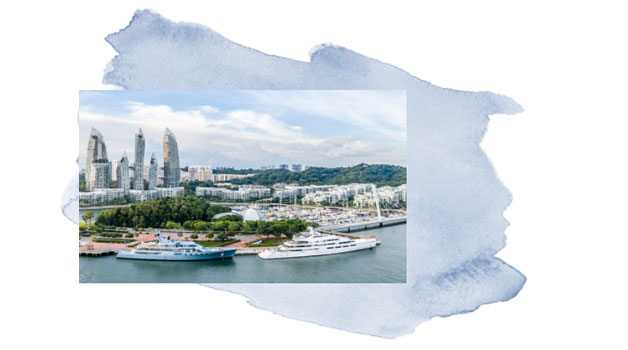 2000s: REJUVENATION OF THE HARBOURFRONT PRECINCT

In 2002, Mapletree and Keppel jointly developed Harbourfront Towers and Keppel Bay Tower. Subsequently, Mapletree rejuvenated the ageing World Trade Centre and its adjacent exhibition halls into a thriving business and lifestyle destination. Inspired by its waterfront location, VivoCity officially opened in 2006, offering a vibrant mix of retail and lifestyle concepts. 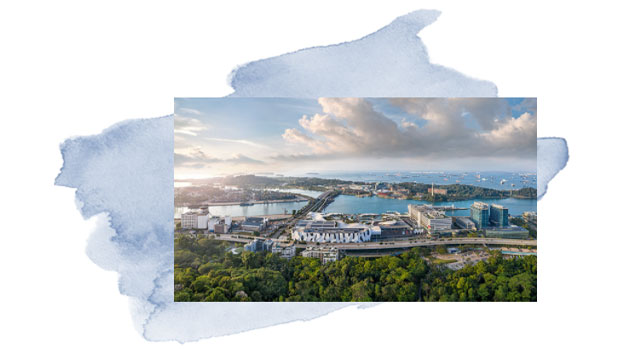 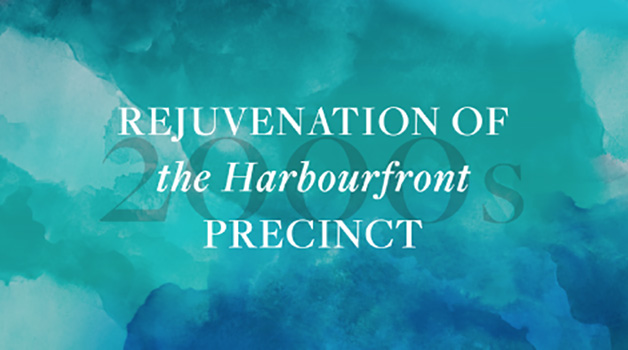 A NEW GATEWAY TO A WORLD OF LEISURE

The Reef at King’s Dock stands proudly within the Greater Southern Waterfront and sits right on the edge of the upcoming Sentosa-Brani entertainment and lifestyle district. Residents will enjoy unparalleled access to pristine beaches and an entire island filled with theme parks, nature trails and more. 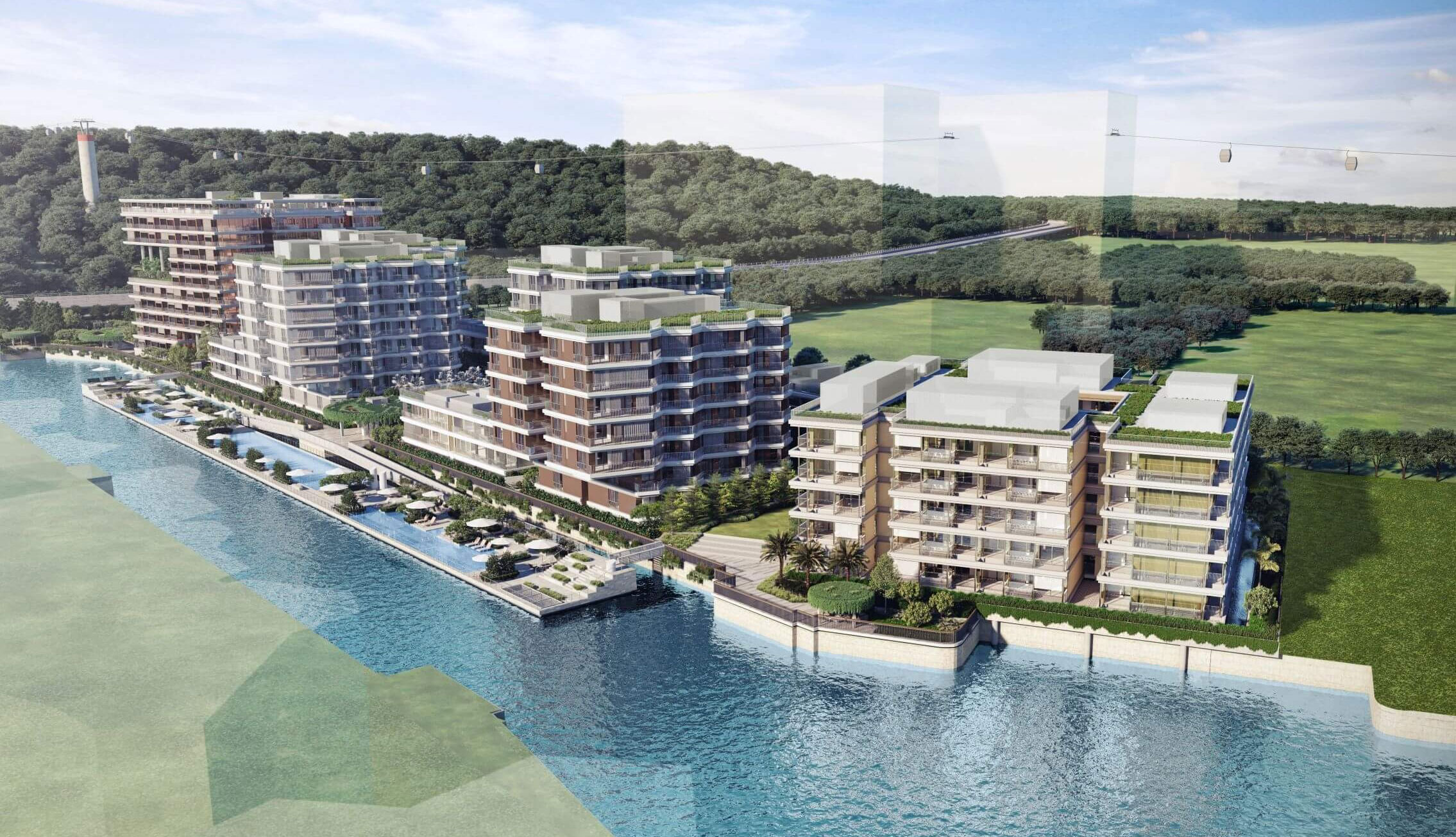 YOUR GETAWAY HOME. YOUR GATEWAY TO THE WORLD.

Enjoy unrivalled connectivity and convenience when you call The Reef at King’s Dock your home. Singapore's largest mall, VivoCity is right next door, and you're steps away from not just one but two MRT lines.

Families will be delighted at how close the integrated resort is. With the Universal Studios Singapore™ theme park, S.E.A. Aquarium™, Adventure Cove Waterpark™ and Trick Eye Museum Singapore just across the water, you’ll be primed for endless excitement. 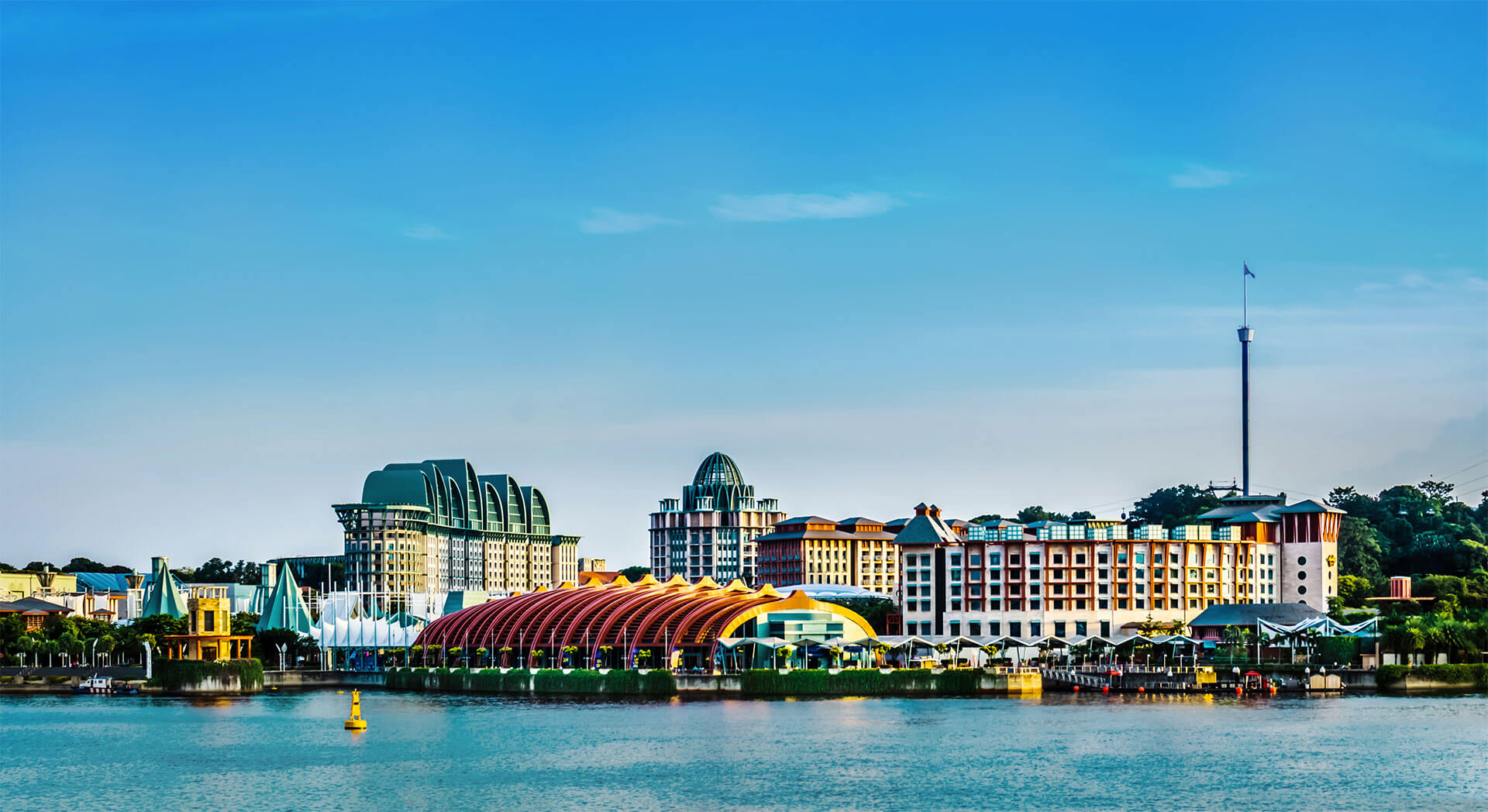 The Reef at King’s Dock is the perfect vantage point to witness the evolution of the Sentosa-Brani district, as well as the transformation of a new skyline. You’ll be well-placed to experience the island’s five unique zones and its wealth of entertainment and lifestyle attractions. 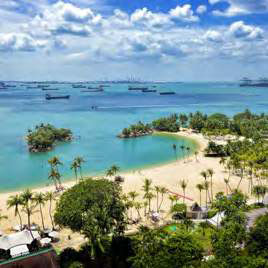 If you need a break from the urban jungle, seek respite from the lush, hilly Southern Ridges and its neighbouring parks. The Reef at King’s Dock is conveniently located near the upcoming Rail Corridor, which boasts a biodiversity of flora and fauna spanning 24 kilometres. 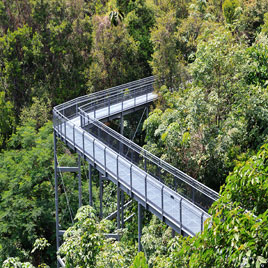 Home to the regional headquarters of leading global businesses, Mapletree Business City is one of Singapore’s commercial hotspots. Located mere minutes away, The Reef at King’s Dock is the perfect launchpad for professionals working there. 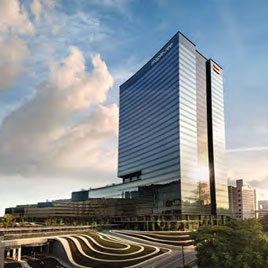 With Singapore’s largest mall right next door, be pampered by a myriad shopping, dining and entertainment options. Enjoy easy access to the rest of the island with direct connections to the Circle Line and North-East Line. 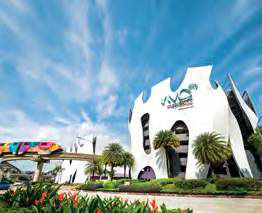 Located on the historic Keppel Island, Marina at Keppel Bay is a water playground for the privileged. Indulge in world-class waterfront dining or charter a luxury yacht for a jaunt around Singapore’s Southern Islands—the sea is your oyster. 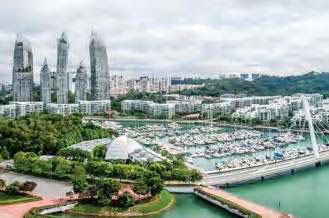 You’ll be minutes away from Singapore’s key business and leisure district that boasts towering skyscrapers and community spaces. 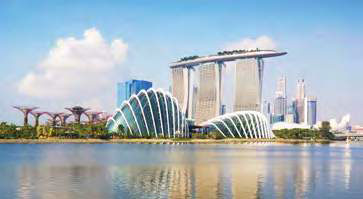 The Reef At King’s Dock Nearby Amenities