15 Holland Hill Condo is bounded by Lorong Mambong, Lorong Liput and Holland Road, District 10 Singapore. This is a leafy cul-de-sac road that winds uphill from Queensway, in the Holland Village neighborhood. The site is roughly 10 minutes’ walk from Holland Village and the MRT station via a short-cut down the hill.

15 Holland Hill @ District 10 is situated just minutes’ stroll to Holland Village MRT Station which operates the Circle Line. Future occupants of 15 Holland Hill can just take 1 stop to Buona Vista MRT Interchange where they can easily access to the East West Line. Here is also well accessed because it only takes about 8 minutes’ drive to Orchard Mall and 10-minute drive down via Holland and Tanglin roads. 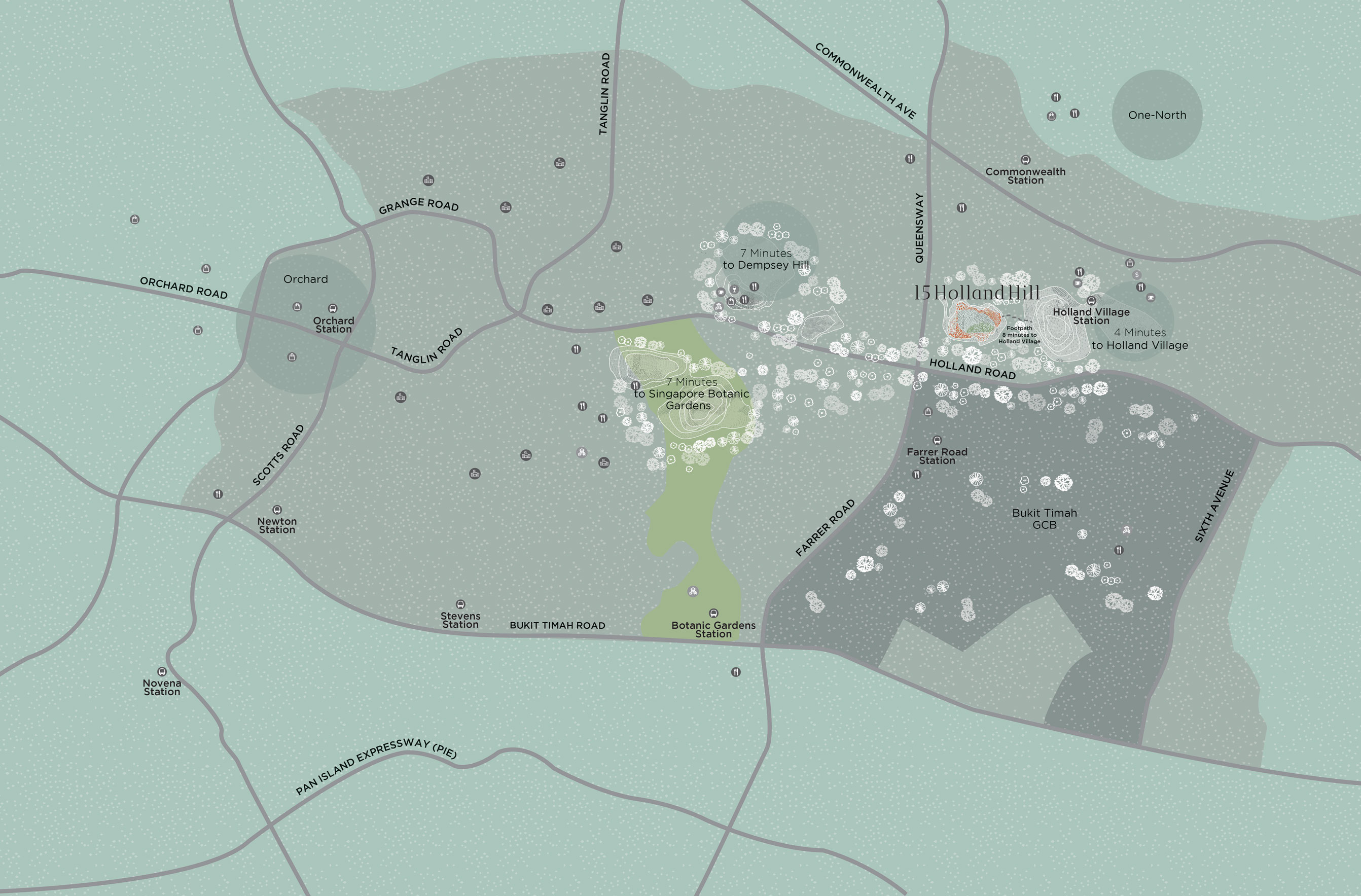